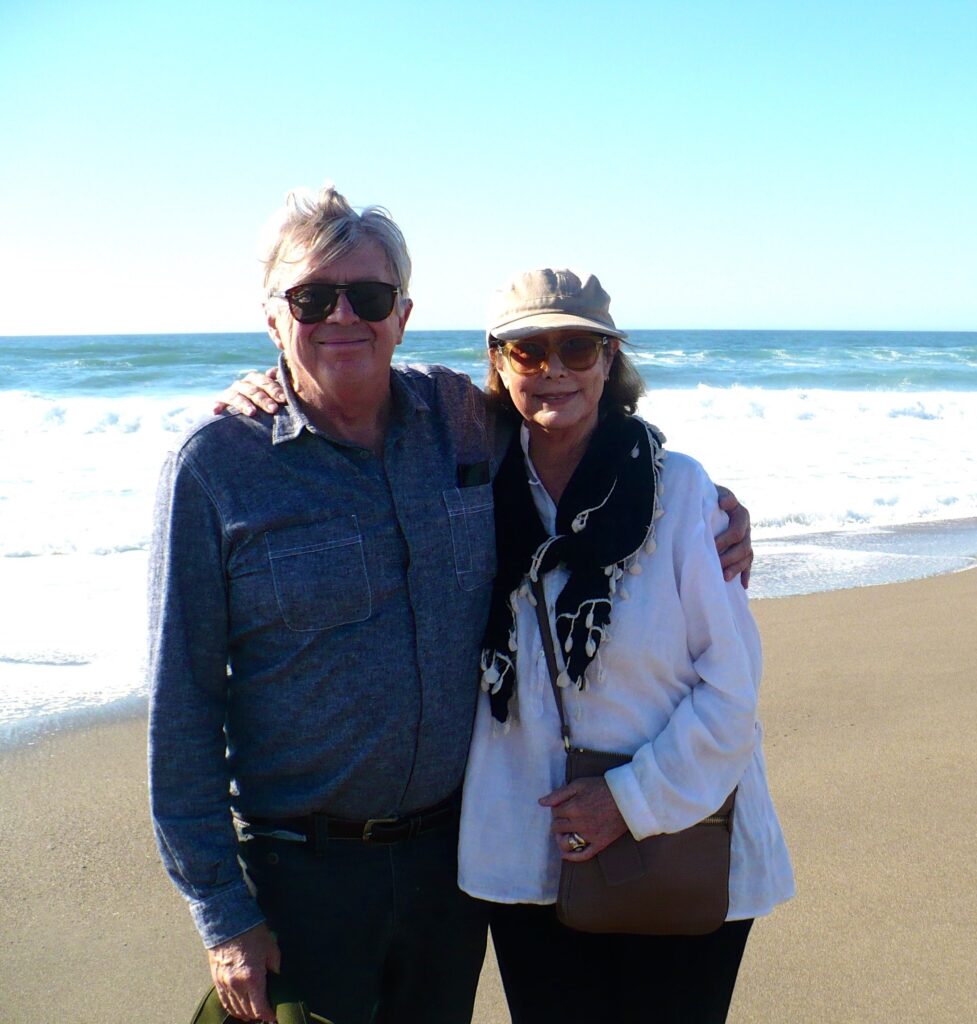 Laura and Sydney Dutton moved to Los Angeles from San Francisco in 1975 because Syd wanted to get into the film business. Syd’s first job was delivering mail on a bicycle at Universal Studios, a position that Roddy McDowell found for him as they were friends of friends. McDowell was wonderful to them and remained a lifelong friend. Through McDowell, the Duttons met many Hollywood luminaries. Syd met up with an Englishman at Universal named Al Whitlock who taught him the art of matte painting until Universal closed their matte department. Syd then went out on his own and started a company called Illusion Arts, which began to flourish. According to Laura, “Syd is a very typical artist with no business sense and NO business background.” They moved to a charming house on Lucerne six years ago-one which is one of the many Dockweiler houses in the neighborhood.  This move was to be close to their daughter and grandchildren who live on St. Andrews. Syd is now retired and still painting in a studio attached to the garage that was originally built to house Municipal Court Judge Dockweiler’s legal briefs. “I can still see all those manila folders flying out the door when the real estate lady opened and quickly closed it.” Coming from San Francisco, we always gravitated to this neighborhood with its easy walking and shops on Larchmont Blvd. Laura is active in the Garden Club as well as the NGA. Laura likes to affectionately refer to the NGA as the “Do-Gooders” because “the women of NGA do an awful lot of good for the community.”