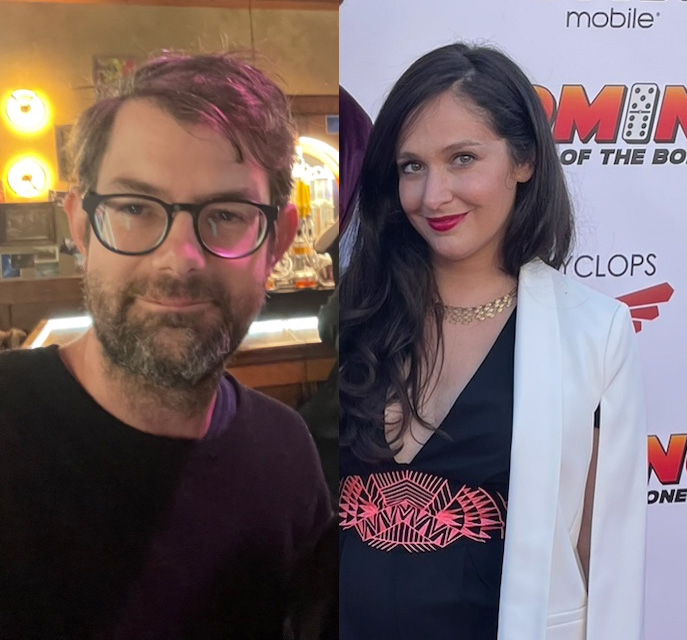 Daisy Hamilton graduated from NYU with a major in film and minor in business and went on to spearhead development and film acquisitions for TriCoast Worldwide, where she has acquired over 25 packages and 85 titles. In 2018, Hamilton founded Rock Salt Releasing as a boutique production company and US distribution outfit. Hamilton has created a mandate that Rock Salt Releasing follow a 50/50 gender parity on all the films it invests in, acquires, or distributes. By end of 2019 Daisy co-founded a new AVOD platform called Dark Matter TV, focusing on curating libraries of sci-fi and elevated genre films and series. She has acquired over 600 hours of content for Dark Matter TV, the app is available to download across all platforms in the USA. In 2020 Daisy began producing a doc for Vice Media on female wrestling legend Chyna aka Joanie Laurer, released in Q1 2021.

Nick Risher has grown up in the film industry focusing on distribution, international sales, and production.  He currently is COO of Tricoast TV which started an AVOD OTT platform called Dark Matter TV two years go and focuses on Horror, Action, and Sci-fi. Before that Risher was President of US Operations at Hologate, a location based virtual reality gaming company.