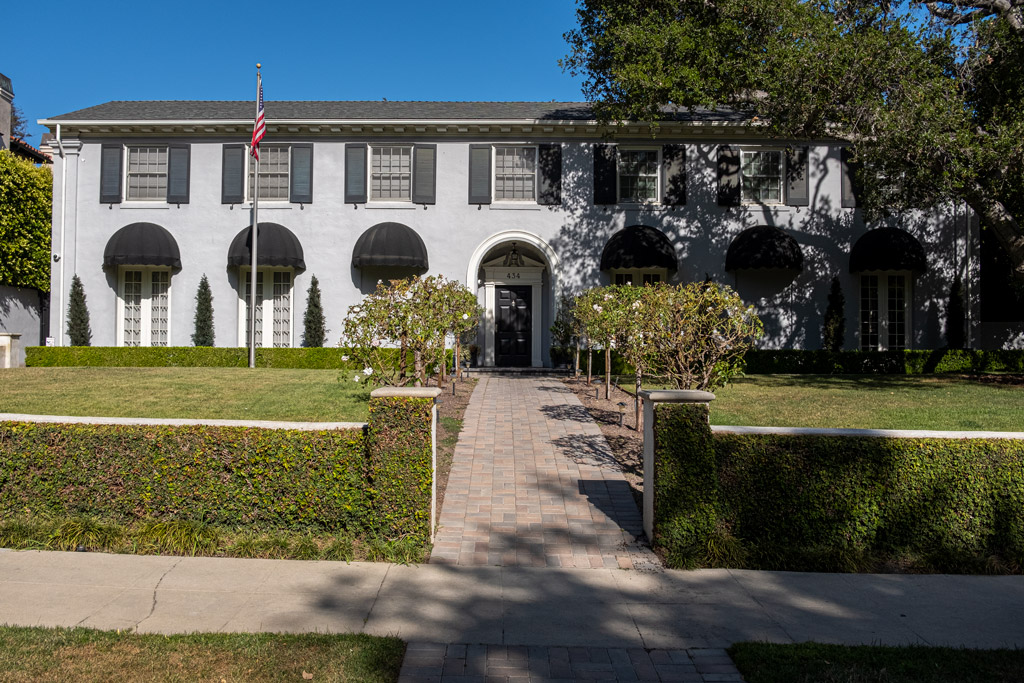 From “The Historical Observer” Fall 1982

The present Colonial residence of Mr. and Mrs. Thomas Hutchison was built in 1926 for Henry McKee of Barker Brothers.  The 12-room house, built on a half-acre parcel, was designed by architect McNeal Swasey.

The Hutchisons purchased it in 1981 from Jane and Pat Collee, who, as the third owners extensively remodeled its interior and exterior.  Previous owners were Vivien and Donald Lagerlof.

The two-story stucco house features an arched entryway with a broken pediment.  A pineapple above the door is a symbol of hospitality.  The Greek key molding around the roof edge is a touch used by many architects, especially Paul Williams whose homes were highlighted on the 1977 home tour.  A marble slab above each of the six first floor windows originally held arched awnings.

The original floor plan remains functional to this day allowing for the smooth flow of residents and guests alike.  Extensive use of windows lends an open, airy feeling to the rooms.

The residence contains the original chandeliers.  There are five fireplaces, with one in the master suite.  A secret panel under the foyer stairs reveals a hidden powder room.

Mr. Hutchison is the president of David Murdock Development Company and the Hutchisons received many pieces from the former home of Mr. and Mrs. Murdock who purchased the Contrad Hilton Estate in Bel-Air.