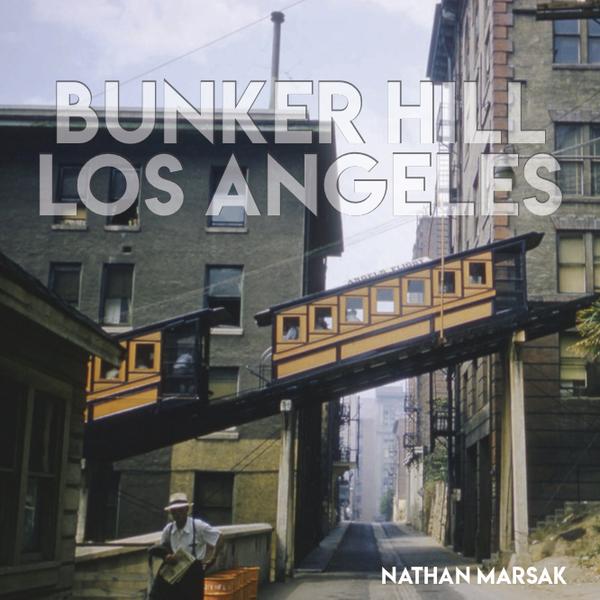 Please join us on February 17th at 7:00pm.
In Bunker Hill Los Angeles: Essence of Sunshine and Noir, historian Nathan Marsak tells the story of the Hill, from the district’s inception in the mid-19th century to its present day. Once home to wealthy Angelenos living in LA’s “first suburb,” then the epicenter of the city’s shifting demographics and the shadow and vice of an urban underbelly, Bunker Hill survived its attempted erasure and burgeoned as a hub of arts, politics, business, and tourism.

As compelling as the story of the destruction of Bunker Hill is its people who made the Hill at once desirable and undesirable. Marsak commemorates the poets and writers, artists and activists, little guys and big guys, and of course, the many architects who built and rebuilt the community on the Hill—time after historic time.

Any fan of American architecture will treasure Marsak’s analysis of buildings that have crowned the Hill: the exuberance of Victorian shingle and spindlework, from Mission to Modern, from Queen Anne to Frank Gehry, Bunker Hill has been home to it all, the ever-changing built environment.

With more than 150 photographs—many in color—as well as maps and vintage ephemera to tell his dramatic visual story, Marsak lures us into Bunker Hill Los Angeles and shares its lost world, then guides us to its new one.