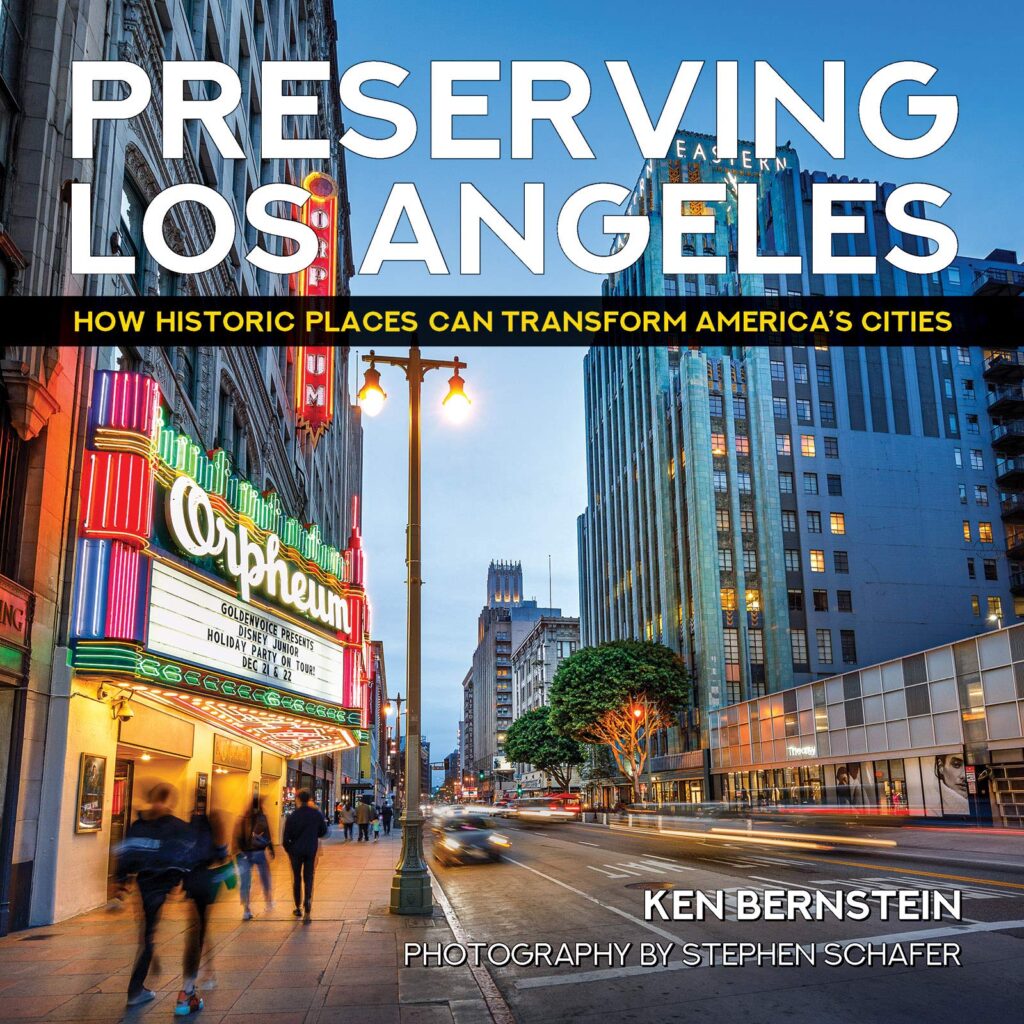 Los Angeles has an image as the “City of the Future”―a city always at the cutting edge of change―but also as a “throwaway metropolis” that cares little about its history or architectural legacy. Yet the reality is quite different. Over the past decade, the City of Los Angeles has developed one of the most successful historic preservation programs in the nation, culminating with the completion of the nation’s most ambitious citywide survey of historic resources.

All across the city, historic preservation is now transforming Los Angeles, while also pointing the way to how other cities can use preservation to revitalize their neighborhoods and build community. Preserving Los Angeles: How Historic Places Can Transform America’s Cities, authored by Ken Bernstein, who oversees Los Angeles’ Office of Historic Resources, tells this under-appreciated L.A. story: how historic preservation has been transforming neighborhoods, creating a Downtown renaissance, and guiding the future of the city.

While it is younger than many East Coast cities, Los Angeles has a remarkable collection of architectural resources in all styles, reflecting the legacy of notable architects from the past 150 years. As one of the most diverse cities in the world, Los Angeles is also breaking new ground in its approach to historic preservation, extending beyond the preservation of significant architecture, to also identify and protect the places of social and cultural meaning to all of Los Angeles’s communities. Preserving Los Angelesilluminates a Los Angeles that will surprise even longtime Angelenos―highlighting dozens of lesser-known buildings, neighborhoods, and places in every corner of the city that have been “found” by SurveyLA, the first-ever city-wide survey of Los Angeles’ historic resources. The text is richly illustrated through images by a prominent architectural photographer, Stephen Schafer. Preserving Los Angeles is an authoritative chronicle of Los Angeles’ urban transformation― and a useful guide for citizens and urban practitioners nationally seeking to draw lessons for their own cities.