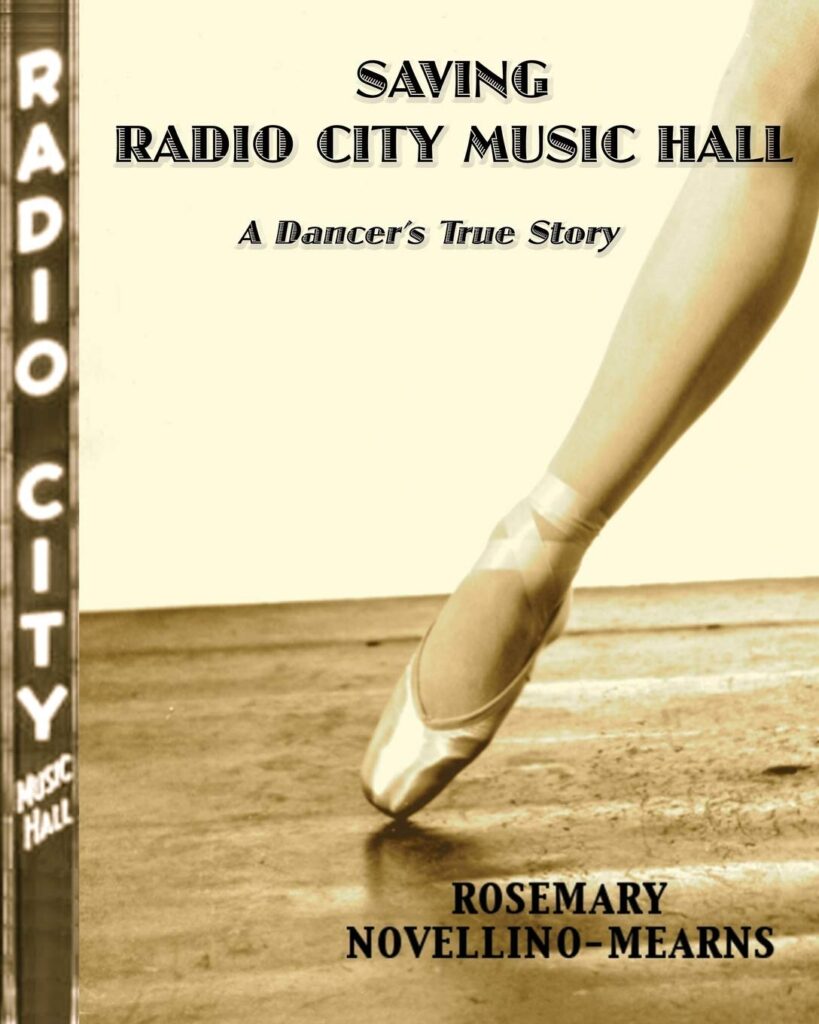 November 10th at 7:00pm In Saving Radio City Music Hall, published by TurningPointPress, Rosemary Novellino-Mearns reveals how Radio City Music Hall, Art Deco masterpiece and New York City’s premiere tourist attraction for generations, was saved from demolition. After years of struggling with intense, sometimes painful memories, “Rosie” tells the honest, fact-filled, emotionally charged, and often humorous story of how she organized the gargantuan effort to save Radio City Music Hall in the Spring of 1978. Against all odds, and in only four months, she succeeded. Readers will be shocked by the “no good deed goes unpunished” climax of the story in which Rosie reveals her reward for spearheading the movement to save “The Showplace of the Nation.”

A modest but determined young dancer from Glen Rock, New Jersey, Rosemary Novellino joined the Radio City Music Hall Ballet Company, the classical dance counterpart to the world-famous Rockettes, in 1966. After a shaky beginning, she danced with the group for twelve years, eventually becoming its Dance Captain and Assistant to the legendary choreographer Peter Gennaro. In the mid-1970s, questionable behind-the-scenes changes in Music Hall management alarmed hundreds of employees, but no one was prepared for the official announcement in early 1978, that Radio City Music Hall was slated to close that April and be demolished.

Drawing upon formerly untapped inner strengths, Rosemary refused to let this happen. She became President of “The Showpeople’s Committee to Save Radio City Music Hall” and motivated fellow workers, friends, thousands of Radio City fans around the world, New York and national media, cultural leaders and politicians to support the cause. As a result of these efforts, the Art Deco palace was declared a National Historic Landmark. saving not only the building but the jobs and livelihoods of thousands of Music Hall employees on stage and behind the scenes who have entertained millions to this day. This “heartfelt and very personal account of that effort,” says Booklist, “provides a backstage glimpse of the drama that ensued and features a cast of characters that includes performers, politicians, the media, and some very heavy hitters in the world of New York real estate that will delight readers interested in the performing arts and their history in the U.S.”