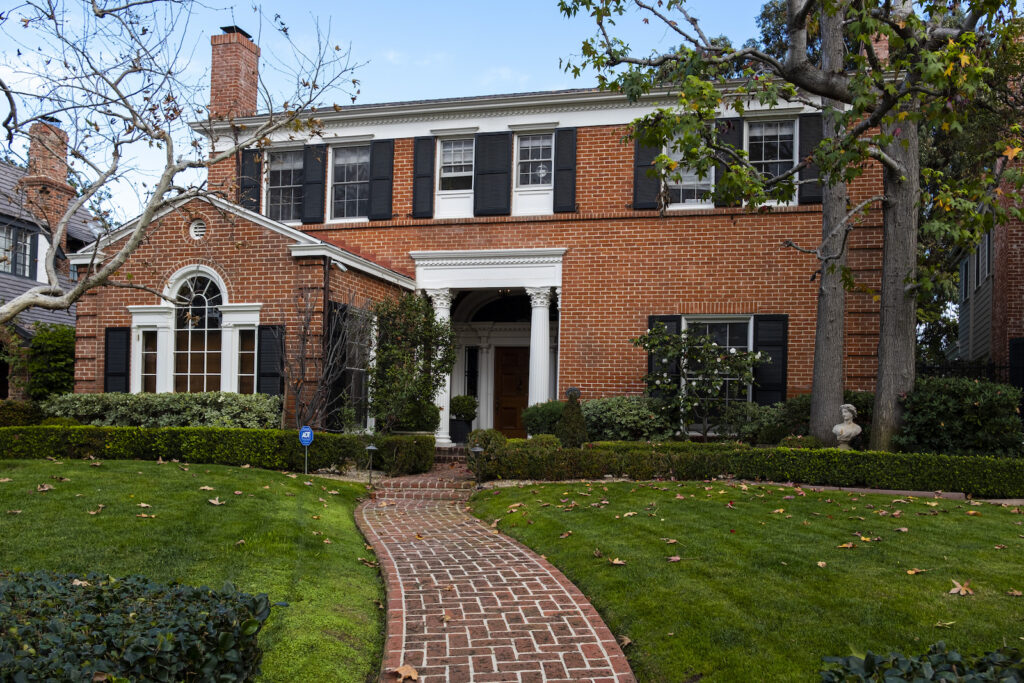 This home was designed by Paul R. Williams and constructed at an estimated cost of $16,000 by contractors Howden & Howden.  The home was built next door to his mother’s home at 426 No. McCadden.  Prior to the time the house was built, Joseph Banning Jr. was general agent with Matson Navigation Company and resided in the family mansion at 1012-18 W. 31st Street.  He and his wife Alice and their two daughters lived in the home until 1970.

The home was then purchased by Nancy and Michael J. Brown who lived there until 1996 when it was sold to the current owners.