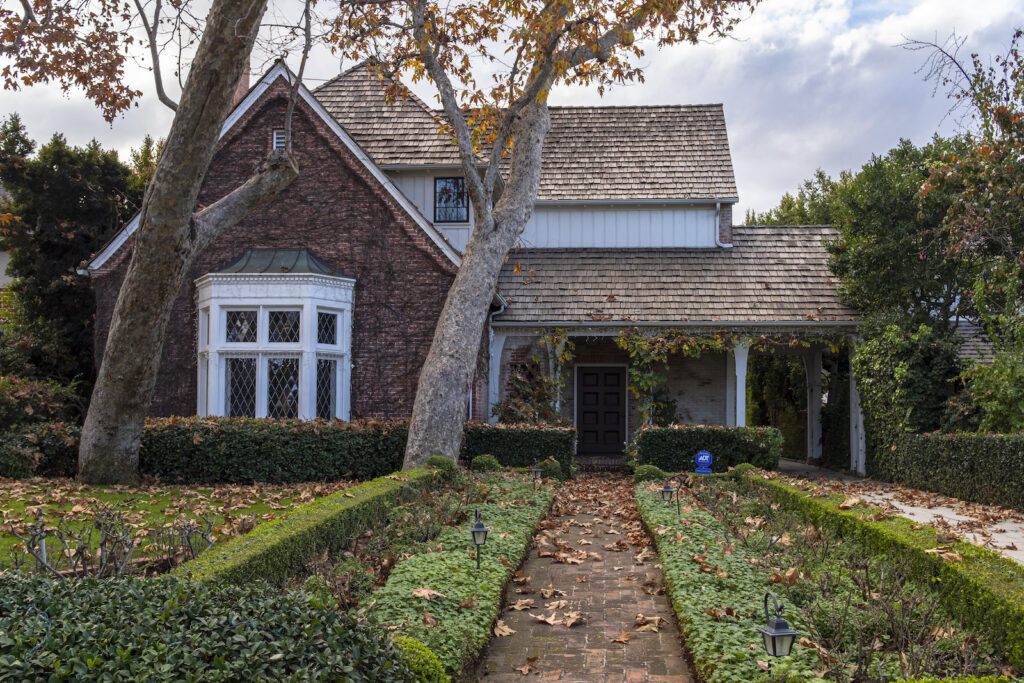 The property at 425 No. McCadden Place was valued for tax purposes at $1,650 when originally purchased in 1925 by Max Trautschold, a plasterer (who lived at 756 So. Orange Drive). This is another example of investing as he held the land until it was sold in 1927 to Harlow B. Potter who worked for Gladding, McBean & Company (residing at 935 So. Detroit Avenue), when it was valued at $3,900.  Potter held the property until 1929 when the value rose to $4,900.  He then sold it to William P. Banning. Tax records indicate that the value of the property decreased in 1930 to $3,600, a year after the home was built (probably due to the stock market crash of 1929).

The home was designed by Paul R. Williams and constructed in 1929 at an estimated cost of $20,750 by Howden & Howden for William Phineas Banning, his wife Victoria Greer, and their two children. They moved from the family mansion on West 31st Street. The home was built across the street from his brother Joseph B. Banning Jr. (432 No. McCadden Place), his widowed mother Mrs. Joseph B. Banning Sr., and an unmarried uncle, Captain William Banning.  Originally the property next door to the south was part of this estate and has since been sold with another home built on the site.

Banning owned the house until 1944 when it was purchased by Eleanor W. and Rowland V. Lee.  By 1951 it was owned by Frank O. Fletcher who then sold to Jeanne P. and William H. Daum Jr.  Mr. Daum was an active member of the Southern California industrial brokerage community and was known as “The Hawk.”  He was chairman emeritus of W.H. Daum & Staff.  As one observer of his career put it, “Legend has it that he earned this label for his propensity for hovering over property until the precise moment, then engulfing it to consummate a deal.”  He later moved his home and office to Newport.

Mr. Daum sold this home to Lucia Lawrence in 1969.