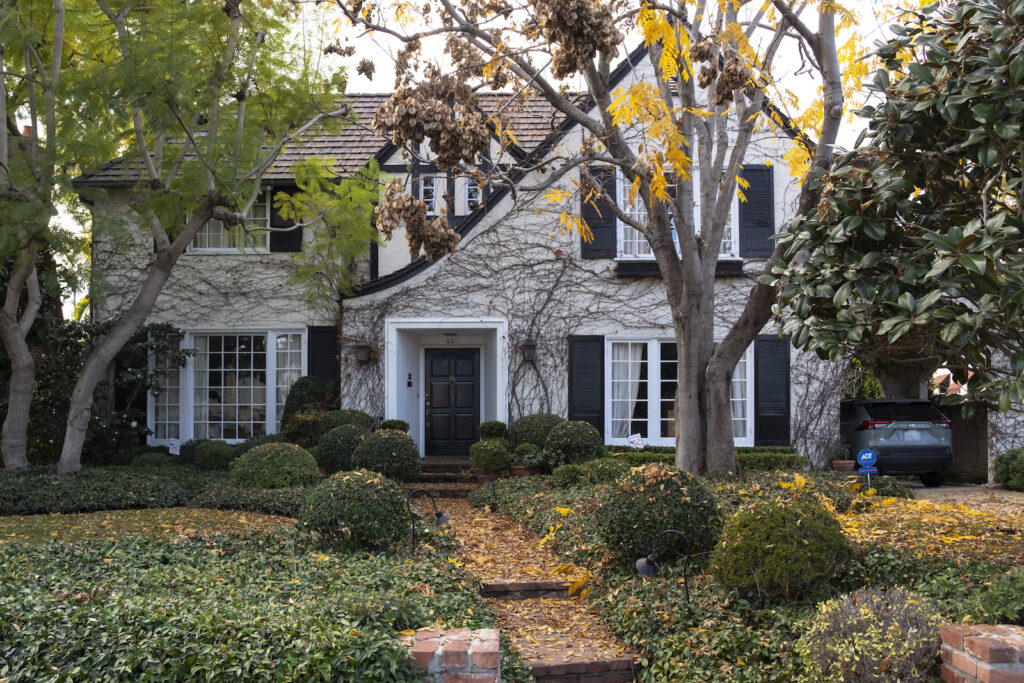 Mr. Maurice I. Alfred was among the first to build a home on the block.  He purchased and built this beautifully tranquil home in 1925.  Unfortunately, research has not revealed an architect for this house.  The building contractor, M. Burghbacher (of 393 W. 42nd Street), was credited for building the Vermont Square Methodist Church in 1913.  It may have been instrumental in the design but there is nothing that indicates that is what occurred.

The cost of building the home was estimated at $11,250.  The home had a major remodel in 1936.  The vaulted ceiling was replaced with a new ceiling; it was installed over the living room providing additional bedrooms on the second floor.  Again, an architect was not used.  In 1958, a room designed by architects Douglas McClellan and John Fortune was added to the first floor adjacent to the living room facing the garden.

The first owner, Maurice I. Alfred, was vice president of Alfred Pure Ice Cream with the factory at 817 E. 18th Street, Los Angeles.  The creamery was in Tipton, California.  (The president was Charles J. Alfred.)  Maurice and his wife Mildred lived in the house until 1936.  The next owner, Dewey C. Stebbins, owned the house until 1952 when the title passed to Barton A. Stebbins.  Research did not produce any information about these owners.  In 1952, Dean Johnson purchased the home and sold it to the current owners in 1970.