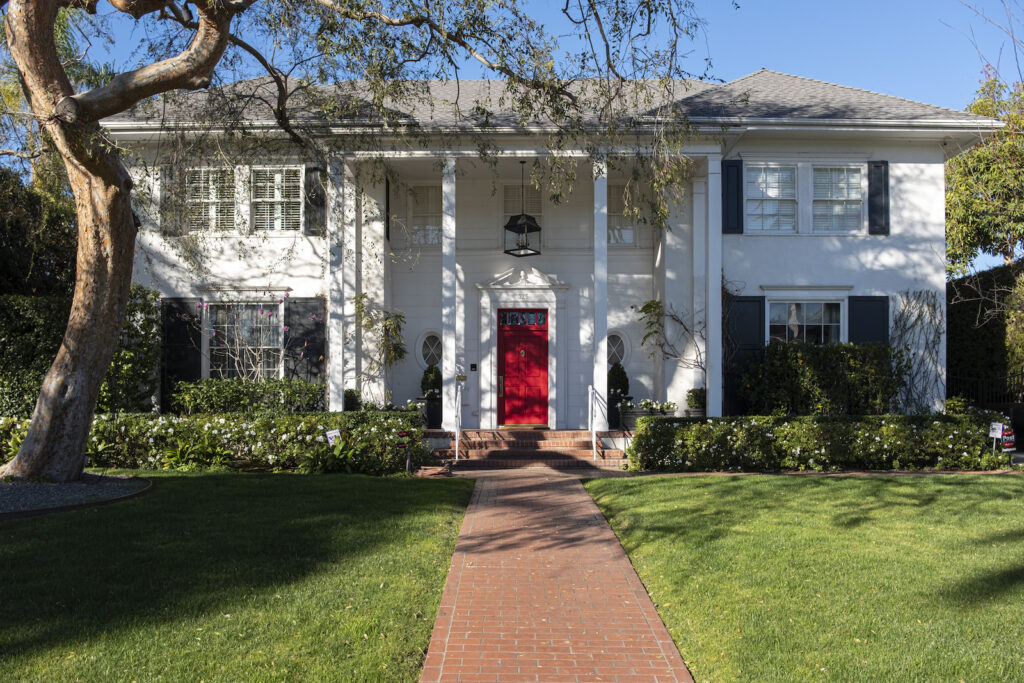 Augusta A. and Mary Leona Nelson are listed as the first owners of the property in 1919.  Mrs. Mary L. Nelson was one of the founding members of the ladies’ auxiliary branch of the Ocean Queen Rebekah Lodge, chartered August 3, 1895 in the Harbor District of Los Angeles.  The building permit lists Leona H. Tyler receiving a permit to build a 12-room family home and private garage in December of 1919.  Estimated value of the construction was $20,000.

R.D. Jones was the architect and S.M. Cooper was the contractor.  Not much is known about the architect although he designed several homes in the area including 542 So. Irving Boulevard and 450 No. June Street.  Jones usually worked in conjunction with contractor/builder Sansom M. Cooper.  Mr. Cooper is credited with building hundreds of homes in Windsor Square and resided at 435 So. Lorraine Boulevard.

In 1984 the current owners purchased the home.  Over the years they have renovated the pool, bolted the house to its foundation, and most recently completed a wonderful renovation of the kitchen plus adding a family room.