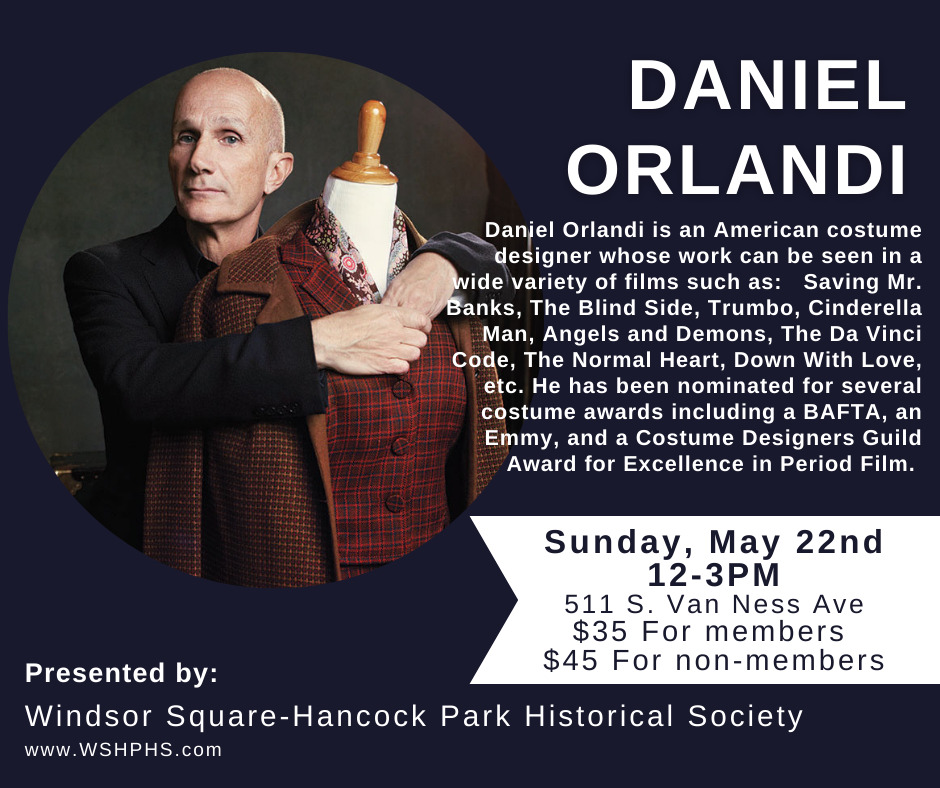 May 22nd, 12-3pm. Daniel Orlandi is an American costume designer whose work can be seen in a wide variety of films such as: Saving Mr. Banks, The Blind Side, Trumbo, Cinderella Man, Angels and Demons, The Davinci Code, The Normal Heart, Down with Love, etc. He has been nominated for several costume awards including a BAFTA, an Emmy, and a Costume Designers Guild Award for Excellence in a Period Film.