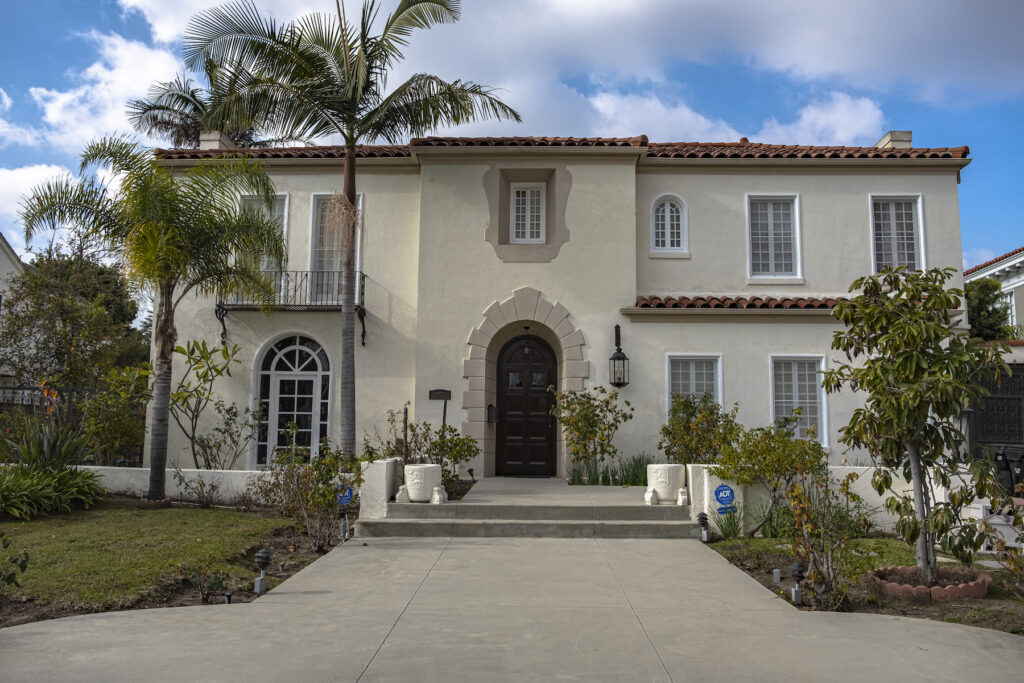 It is interesting to note that the contractor on the original permit, dated 1922, is the same name as the first owner, Maurice B. Korman.  One could conclude that the house is extremely well constructed as it was built by an industry professional.

Mr. Korman chose Saul H. Brown as his architect.  Mr. Brown was a Los Angeles designer with a distinguished career in the Southern California area.  Buildings attributed to Mr. Brown include the Los Angeles Concordia Club, the Jewish Cemetery Chapel and Gate Lodge, and the Congregational Beth Israel Temple, among others.

This home is a classic two-story Spanish revival home.  The arched motif of the inset door is repeated in the first and second story window treatments.  The tile roof continues over the entry way and ground floor extension.  The second story with balconies contributes to the Spanish architecture.

The house was owned by six families, the most notable being Dimitri Tiomkin, famous film composer and winner of four Academy Awards.  Mr. Tiomkin also owned the adjacent home to the north around the same time.  He purchased the house in 1952 and owned it until 1969.

This is currently the Government of Malaysia’s Consul General’s Official Residence.